This performance of extracts from The Creatures of Prometheus is a rare one, Munch having only conducted the ballet at the BSO in one season. He breathes life into his performances of Symphonies No.4 and 5, which are executed with excitement, exuberance and panache.

The ICA Classics Legacy series represents an historic account of performances by some of the world’s greatest artists. This DVD features some of the earliest televised concerts with the Boston Symphony Orchestra and their Music Director, Charles Munch.

While the material has been restored using the greatest care and state-of-the-art techniques, certain visual artefacts and distortions remain in some instances due to the age of the film. Despite this, it remains of exceptional musical interest and historic value and is released here for the first time on DVD. 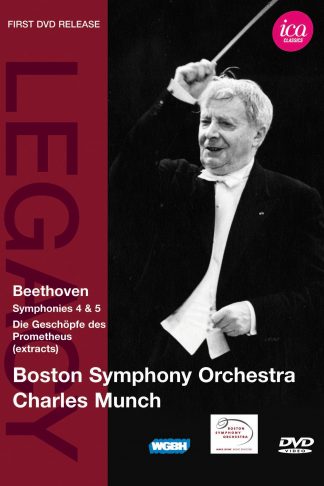