Yuri Temirkanov at the BBC Proms

Yuri Temirkanov conducts the St Petersburg Philharmonic Orchestra in this deeply Russian Proms programme, provoking a rapturous response from the audience and three animated encores. Described by David Nice as ‘creative conducting at its greatest’, Temirkanov’s spine-tingling rendition of Tchaikovsky’s Manfred Symphony displays his deep love of this music. Temirkanov chooses to make a short cut in the third movement of Manfred with more substantial cuts in the finale – the most significant of these being the omission of the closing organ chorale – but thanks to this compelling performance, his overall conception of the work makes a very powerful impact.

The ICA Classics Legacy series presents a collection of historic performances by some of the world’s greatest artists. These performances are released on DVD for the first time, incorporating rare archive footage that has been expertly and lovingly restored. 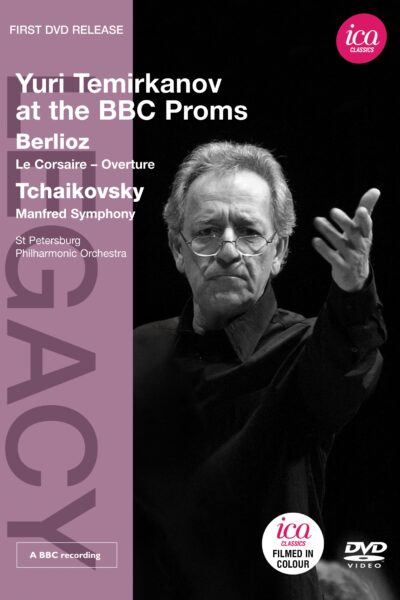 You're viewing: Yuri Temirkanov at the BBC Proms
Buy from Amazon