Otto Klemperer (1885-1973) was one of the most celebrated German conductors of the 20th century. On the 8 February 1954 Klemperer made his debut in Cologne with Mozart’s Symphony No.29 a favourite of the conductor. Eigel Kruttge who had been Klemperer’s assistant at the Cologne Opera in the 1920’s was the producer at the KRSO, famously described Klemperer’s initial rehearsal as ‘From the first bars, the lions claws’ and apt description for the tall and imposing conductor. Following the success of the Klemperer’s first concert, he was invited back in the same month to conduct Beethoven’s Symphony No.1 which Kruttge wrote ‘Everything absolutely right’. The broadcast of the Bach Suite No.3, another favourite work of the conductor, followed in October 1955, almost a year after he recorded them with the Philharmonia. WDR’s broadcasts of all these concerts are of very high technical quality and have never been issued before. 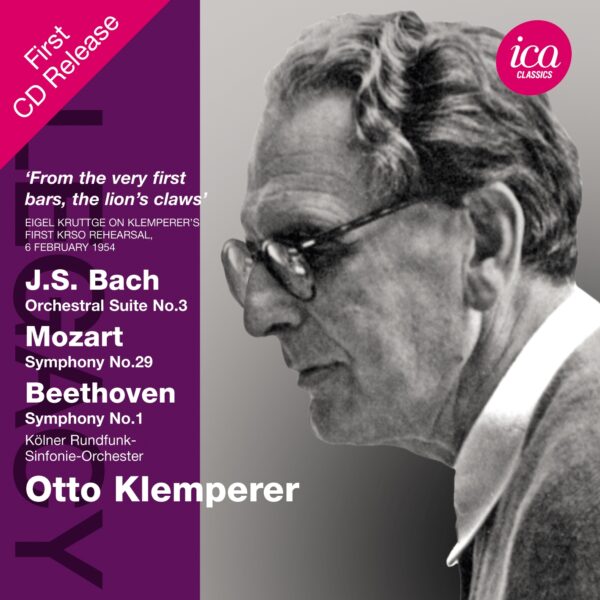