These Tchaikovsky and Prokofiev recordings in stereo have never been issued before on CD while the Mussorgsky was released on the defunct BBC Radio Classics series over 15 years ago. Tchaikovsky’s Symphony No.4 from the 1979 Leeds Music Festival is one of the conductor’s most inspired performances treating the work as a broad tragedy of the highest order without sentimentalising it. The Mussorgsky is a rarity, taken from the 1981 Proms in stereo – the version of A Night on a Bare Mountain used in the composer’s Sorochintsy Fair which includes a chorus and a bass-baritone (David Wilson- Johnson). Prokofiev’s The Love for Three Oranges Suite was given on a Far East tour in Kurashiki, Japan in 1981 and benefits from Rozhedestvensky’s acclaimed experience in ballet with a performance of wit and excitement. 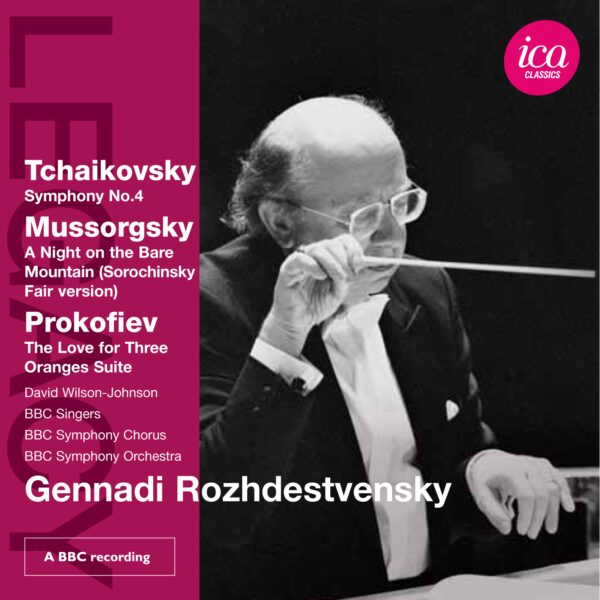