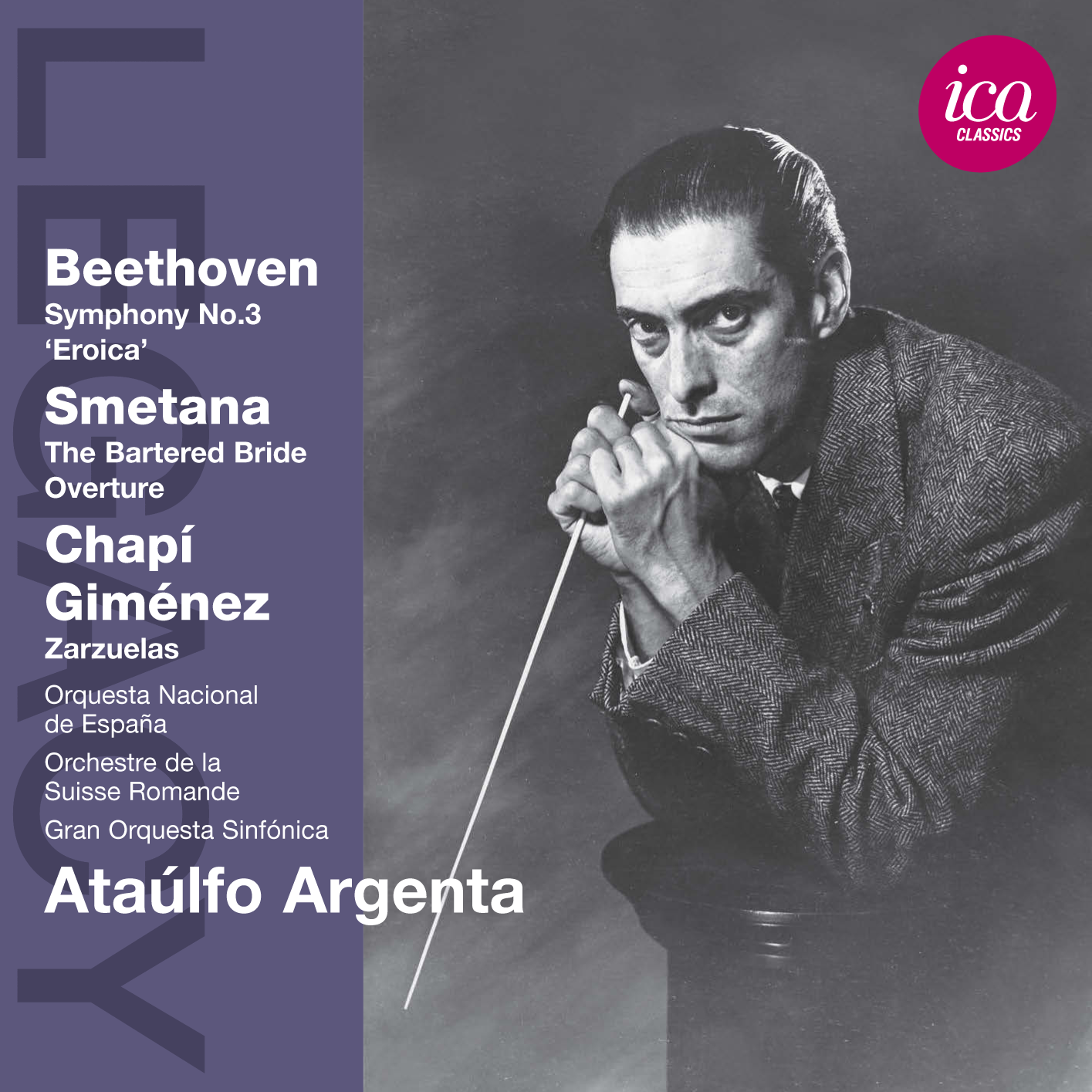 Before a freak accident ended his life aged 44, Atauflo Argenta (1913-1958) was the foremost Spanish conductor of his generation and on the verge of a major international career. In 1947, he was appointed chief conductor of the Orquesta Nacional which quickly grew into a major ensemble. Argenta also established himself in Paris and made a considerable number of recordings in London for Decca. Argenta’s exciting ‘live’ broadcasts of the ‘Eroica’ and of Smetena’s Bartered Bride Overture are issued for the first time outside Spain and benefit from excellent remastering. The fill-ups consisting of five zarzuela orchestral preludes by Chapí and Giménez have never been issued on CD before and reveal Argenta’s unique affinity with these Spanish composers.